OneOffs aims to build a one-stop-shop NFT platform to move transactions from online to offline. It is their aim to add value to collections and arts onto the blockchain. You will be able to discuss with like minded individuals on the “Own to Earn“ concept of artworks and the multifaceted, but simultaneously overlapping perspectives of art and the metaverse. This is a platform open to people from anywhere around the world and from all walks of life. OneOffs allows you to make art and collectibles into tangible assets! OneOffs incorporates cyber physical NFT art pieces that are released on the blockchain. NFT artworks will be displayed alongside physical artworks. An online art fair is simultaneously held for visitors who aren’t able to make it to the venue physically. This is a great chance to increase international exposure for many established and new artists from Asia. With a base in Asia, OneOffs ambitions lie in expanding first to Southeastern Asia, and then to the whole world, bringing about the Renaissance of the NFT era. 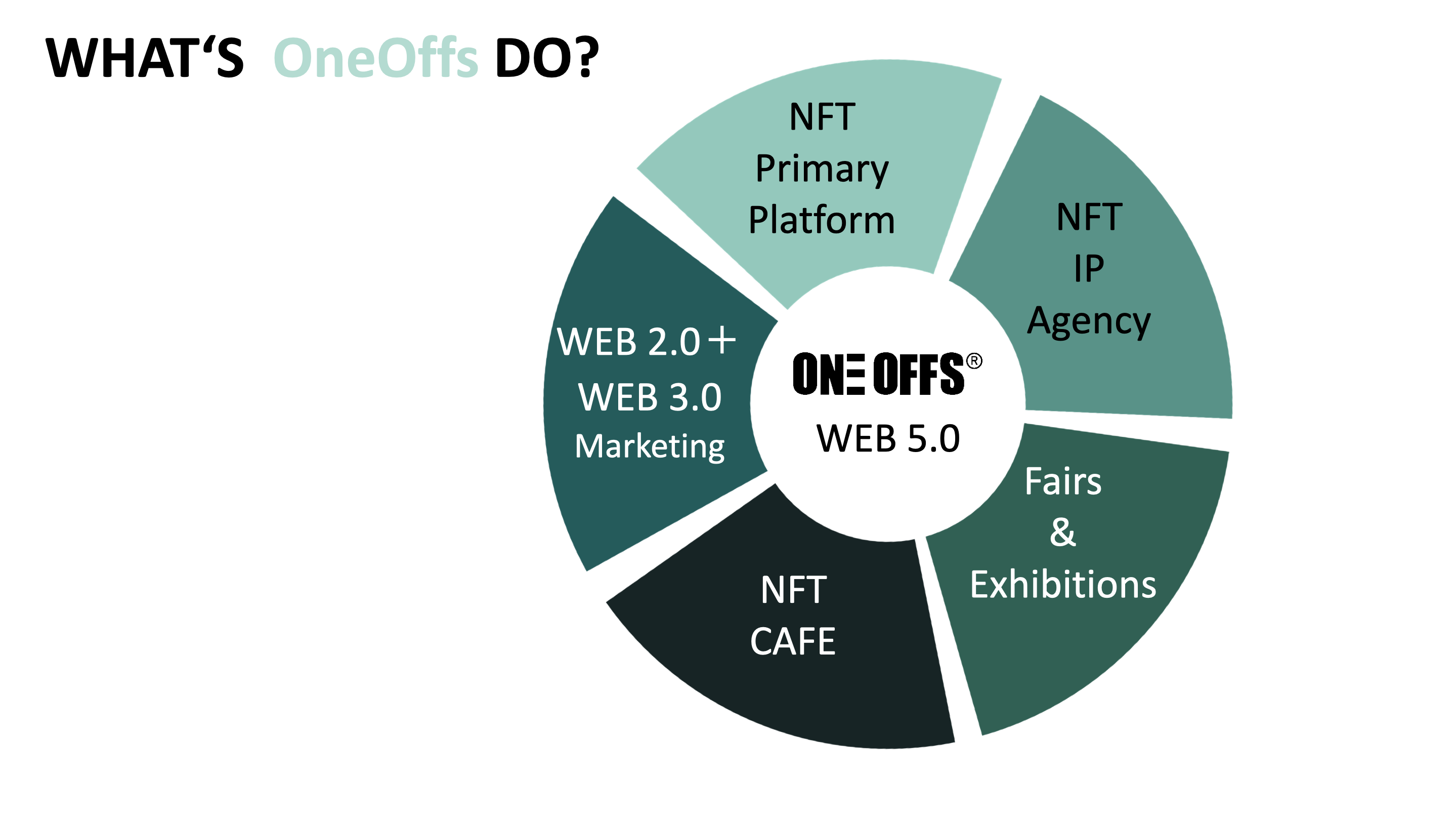 OneOffs Global Team will become worldwide creative resource. We believe NFT & Globalization has almost become an inexorable trend. And OneOffs is supported by an Advisory Group of international experts from Taiwan and beyond, who provide counsel and guidance as we establish Taipei as a dynamic meeting place for the convergence of Art and Technology. 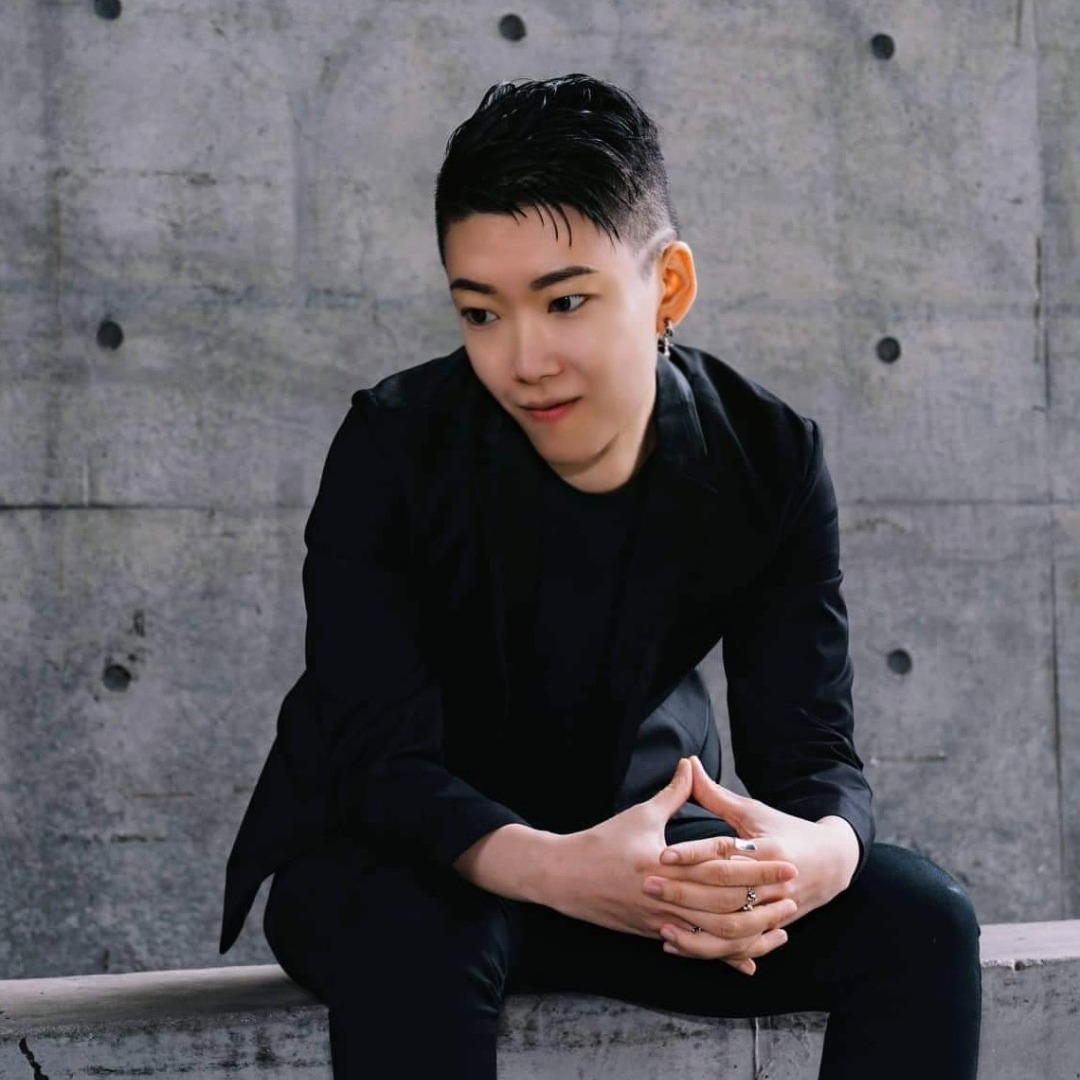 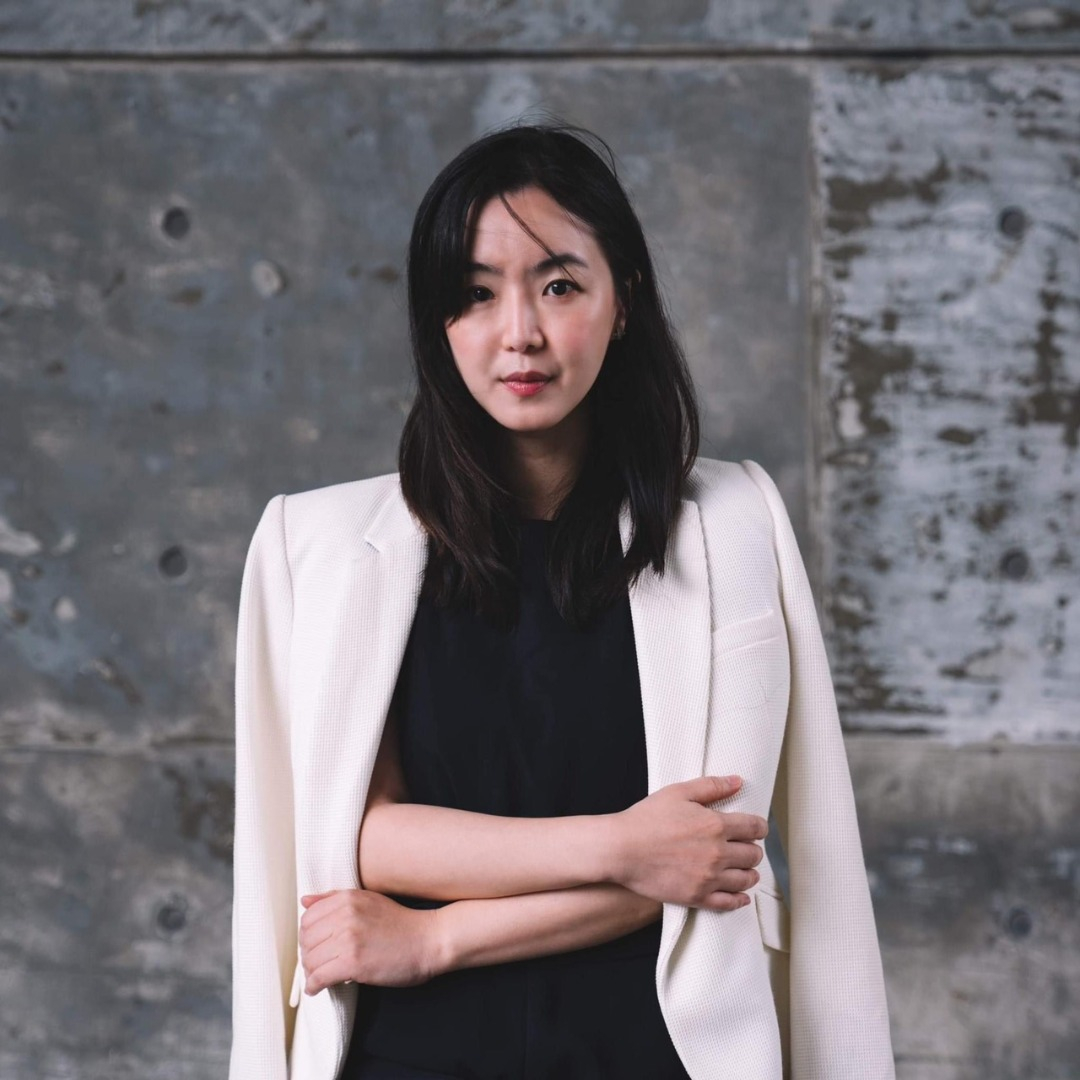 Julia Tung co-founded OneOffs in 2021 as COO, supporting cross-program strategy and development, in particular exploring intersections across art, humanities, technology and sciences. Julia believes in "A Storm Called Progress." Inclusivity and community engagement will grow and become leverage points to drive greater impact across industries. Previously, Julia has spent ten years as founder and director of GALEIREOVO in Taipei, Taiwan. Most recently, she has also served as the art consultant for Standard Chartered Bank. 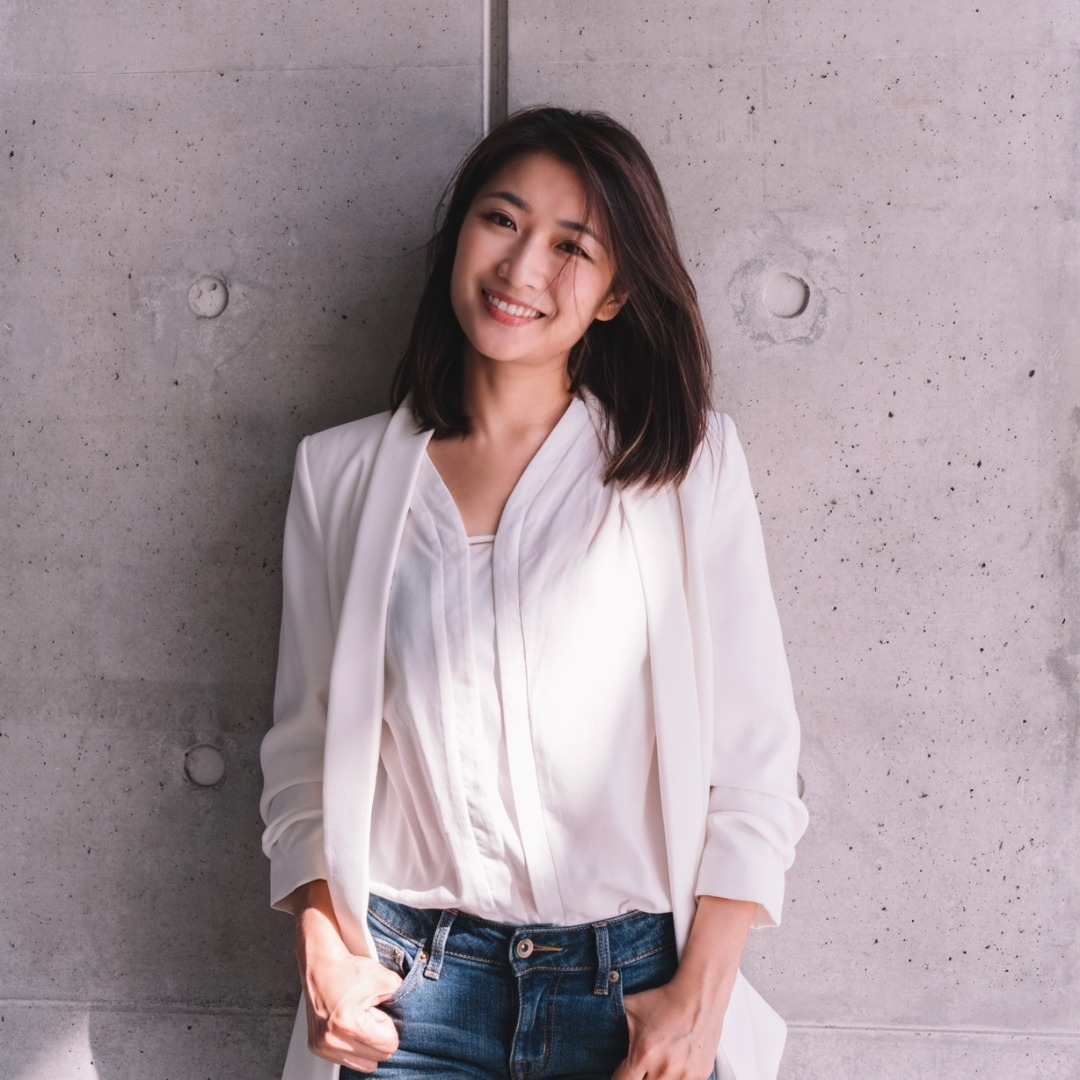 Lootex | Co-Founder & CEO Justine is a visionary who used her passion for gaming and marketing savvy to launch Lootex, a gamer-first and the largest GameFi NFT marketplaces in Taiwan. 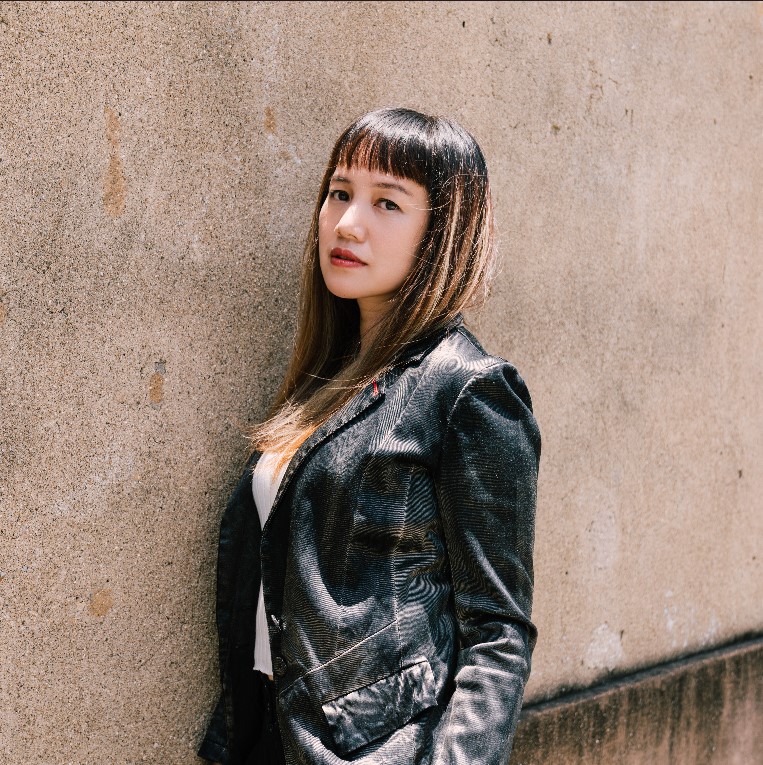 Karen has been managing street graffiti artists for ten years. She discovers rising stars in the market, and curates works in museums, Karen has collaborated with more than 30 commercial brands worldwide, allowing artists to communicate with the public through the retail platform. She fell in love with NFTs and has led her artists to join in this new medium for artistic expression. 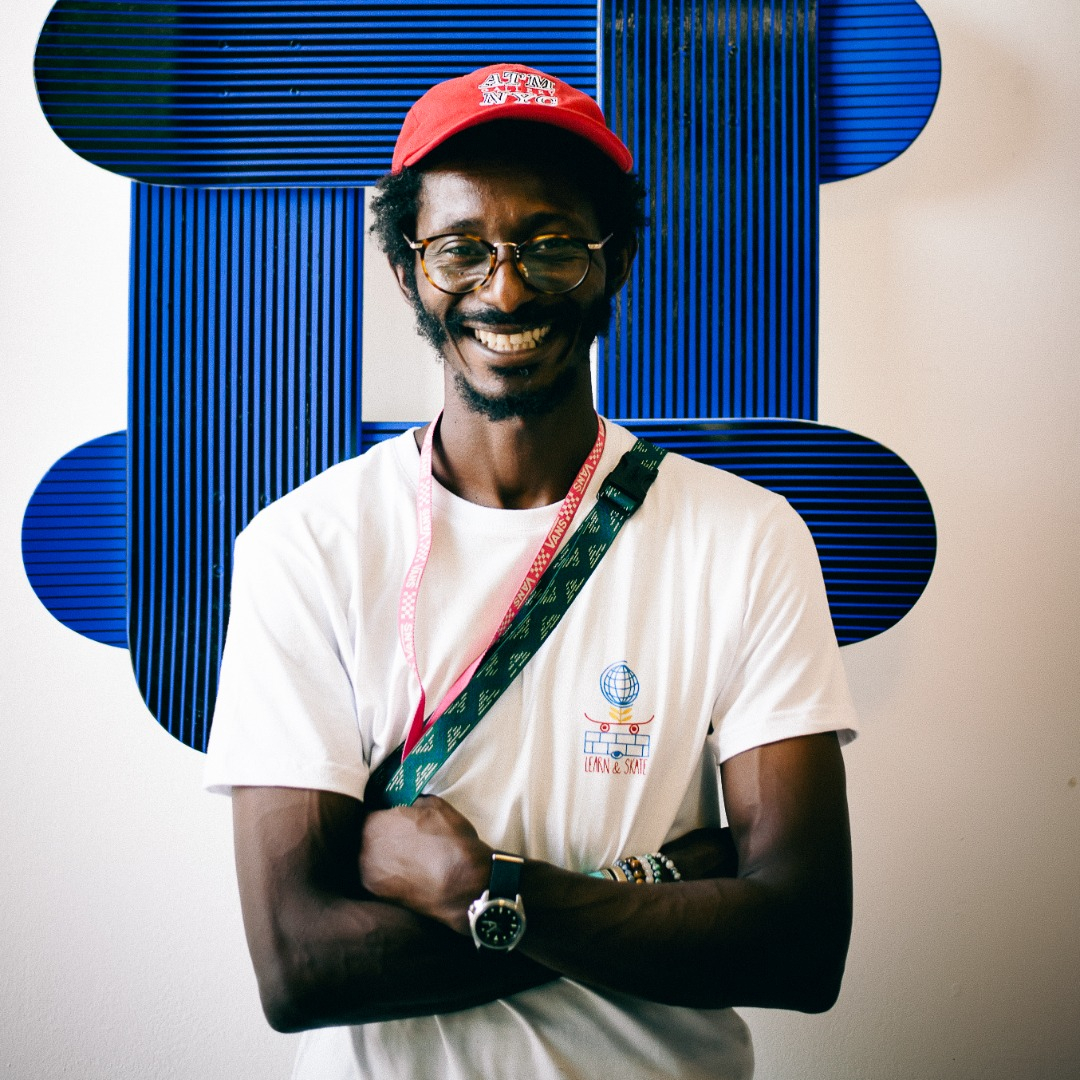 Jean Claude Geraud is a curator, art advisor and consultant for artists, institutions and collectors. He is the founder of City Of Talents, a contemporary and urban art agency that represents and collaborates with international artists and galleries. His passion for art and artists has gained him international recognition. He has worked with graffiti legends such as Daze and many other great Contemporary artists like Noritoshi Mitsuuchi. 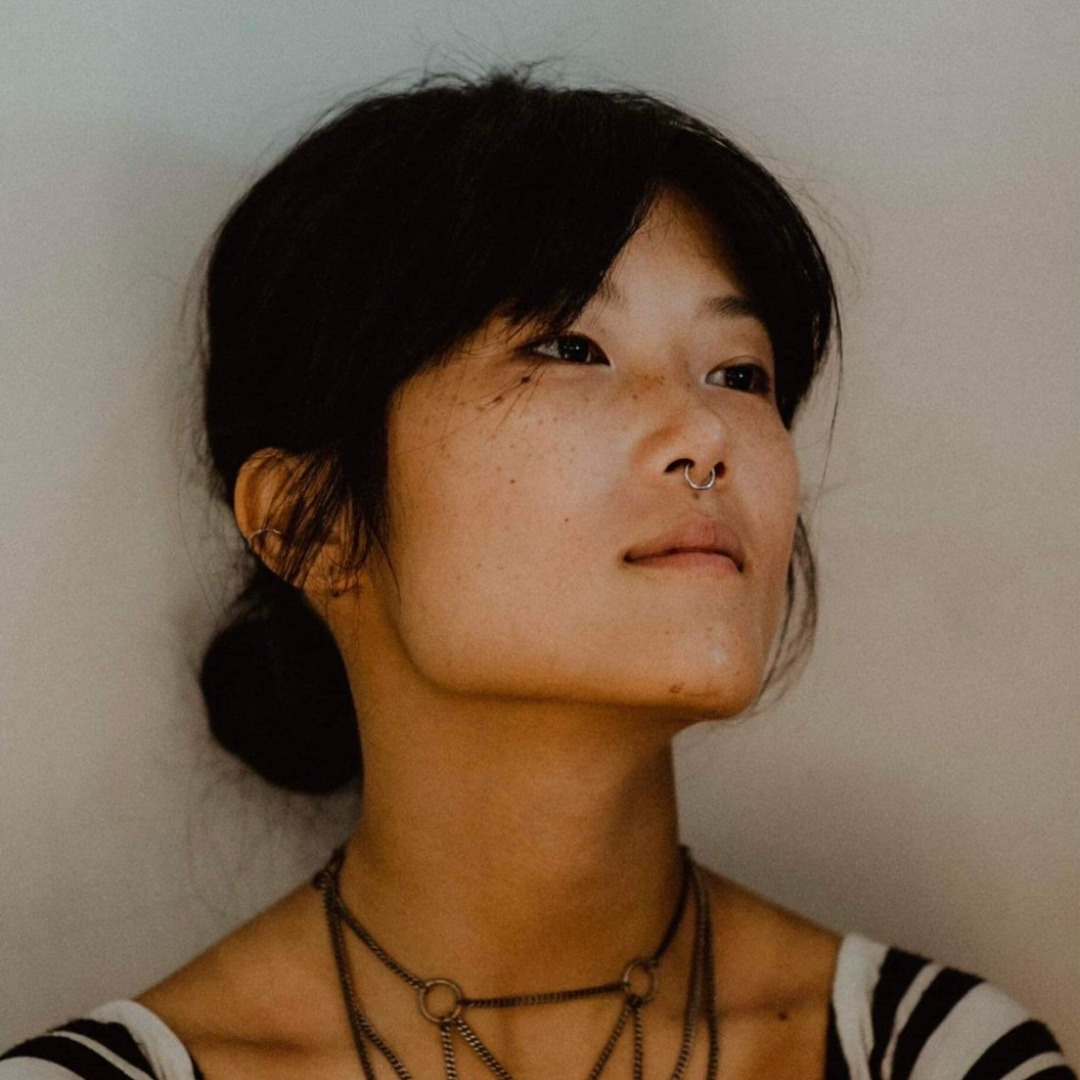 Helen graduated from Beijing Film Academy in 2016, and now is working and studying in University of Fine Arts Hamburg, Germany. Helen worked in several film productions including “The Great Wall”, directed by Zhang YiMou in 2015. Helen is passionate about merging art and movie industries and works as our producer and curator based in Europe. 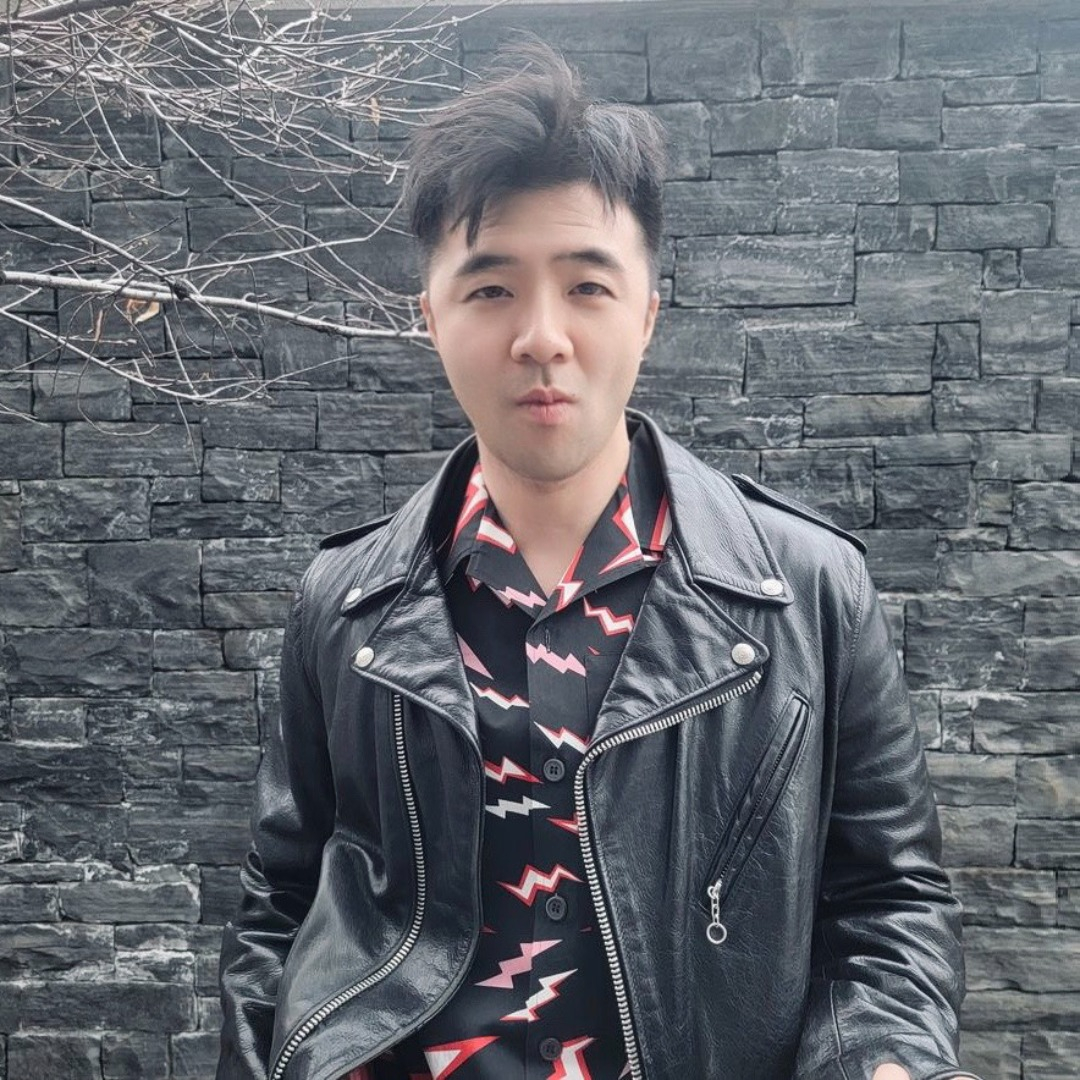 Paul had suffered intracerebral hemorrhage caused by arteriovenous malformation and depression. 6 years, 5 international start-up companies, Paul had his achievements through different continents: fashion production, advertisement and to the world of technology. 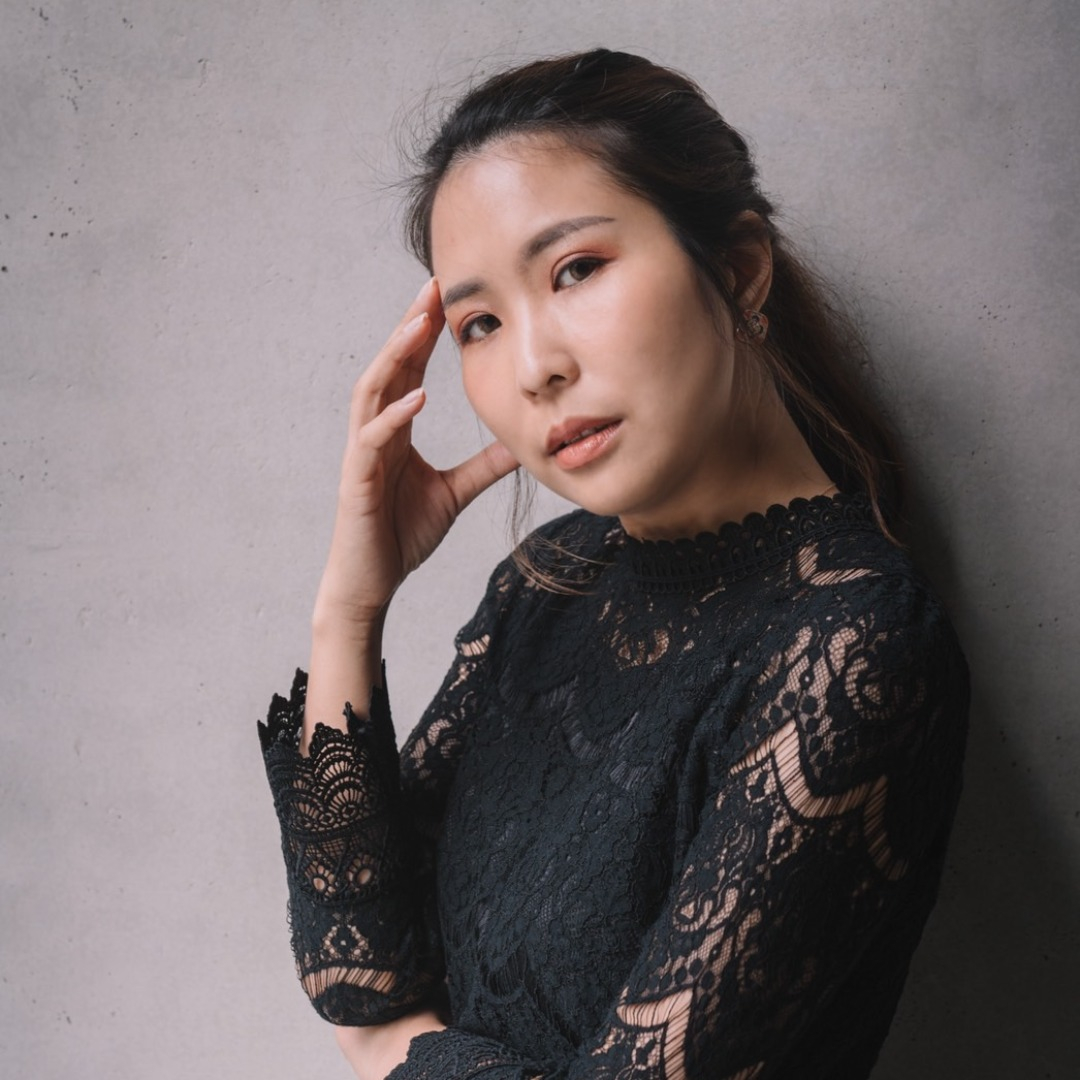 Rining is in charge of the Japanese market expansion and business development. She connects established and rising artists and galleries to expand their markets internationally. 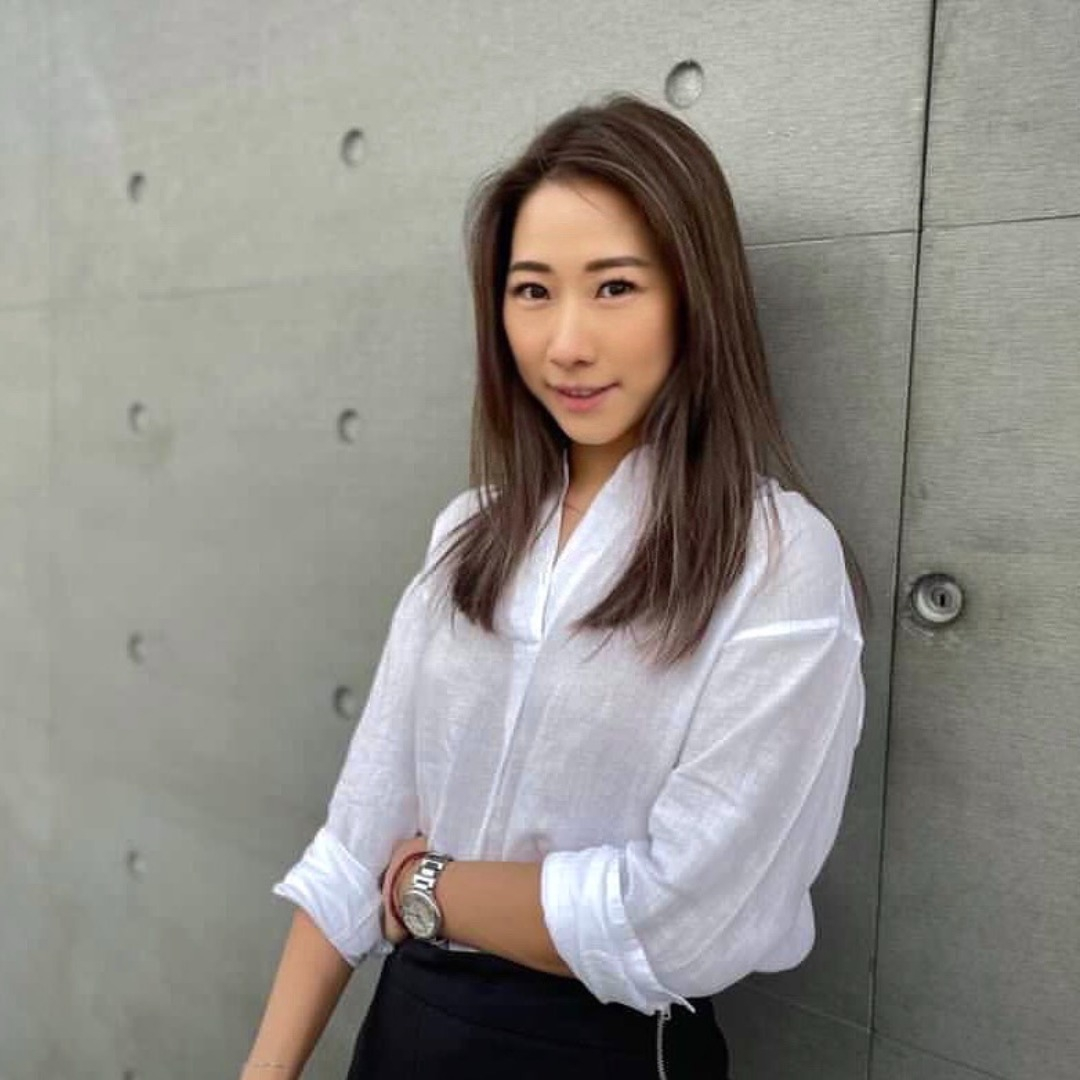 Joyce Ho is in charge of business development in Hong Kong and has ten years of experience in international education. Holding an MSc in Entrepreneurship from Royal Holloway University of London, she was part of the operations team in the 2012 London Olympics. 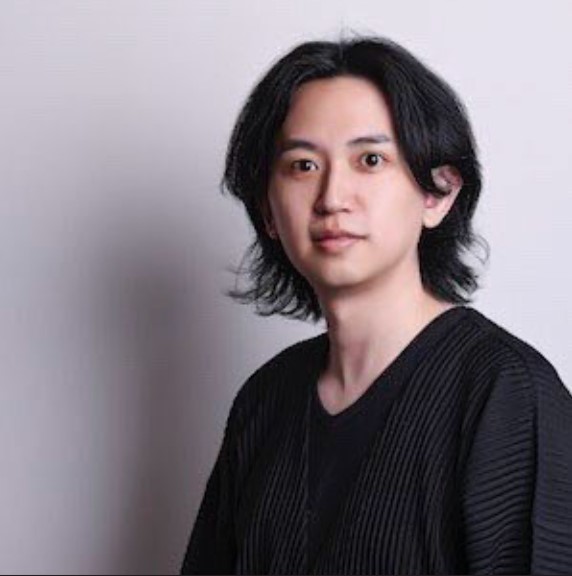 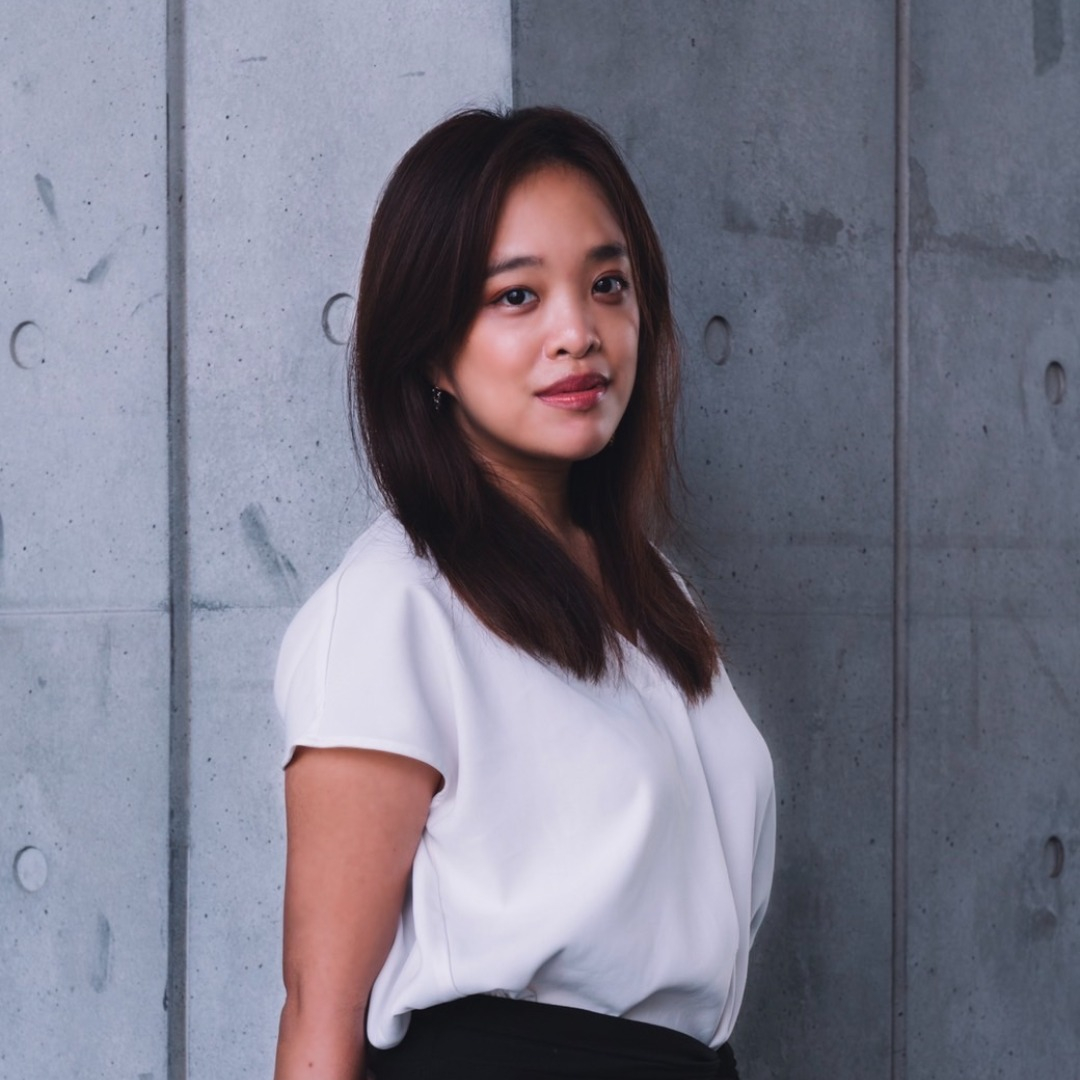 Dr. Chen-Yu Lin is researcher, educator, and filmmaker in popular music. Her research explores various themes, including transnational music industries and popular music audience in Taiwan, Hong Kong and China. As Founder of ULai Studio, she is also a documentary producer who is keen to represent, as well as interrogate social meanings of arts and culture through film. Her films were shortlisted for multiple AHRC Research in Film Awards from 2016 to 2021 and screened in the UK, Germany, Czech Republic, and Taiwan. The themes of these films include the Beatles and Indian music, a music festival in Taiwan during COVID and Mandopop fans in the Sinophone world. Chen-Yu is also a writer, who writes extensively about music and Liverpool. Her work was published by Q Magazine China, Taiwan Insight and Intinium Media. 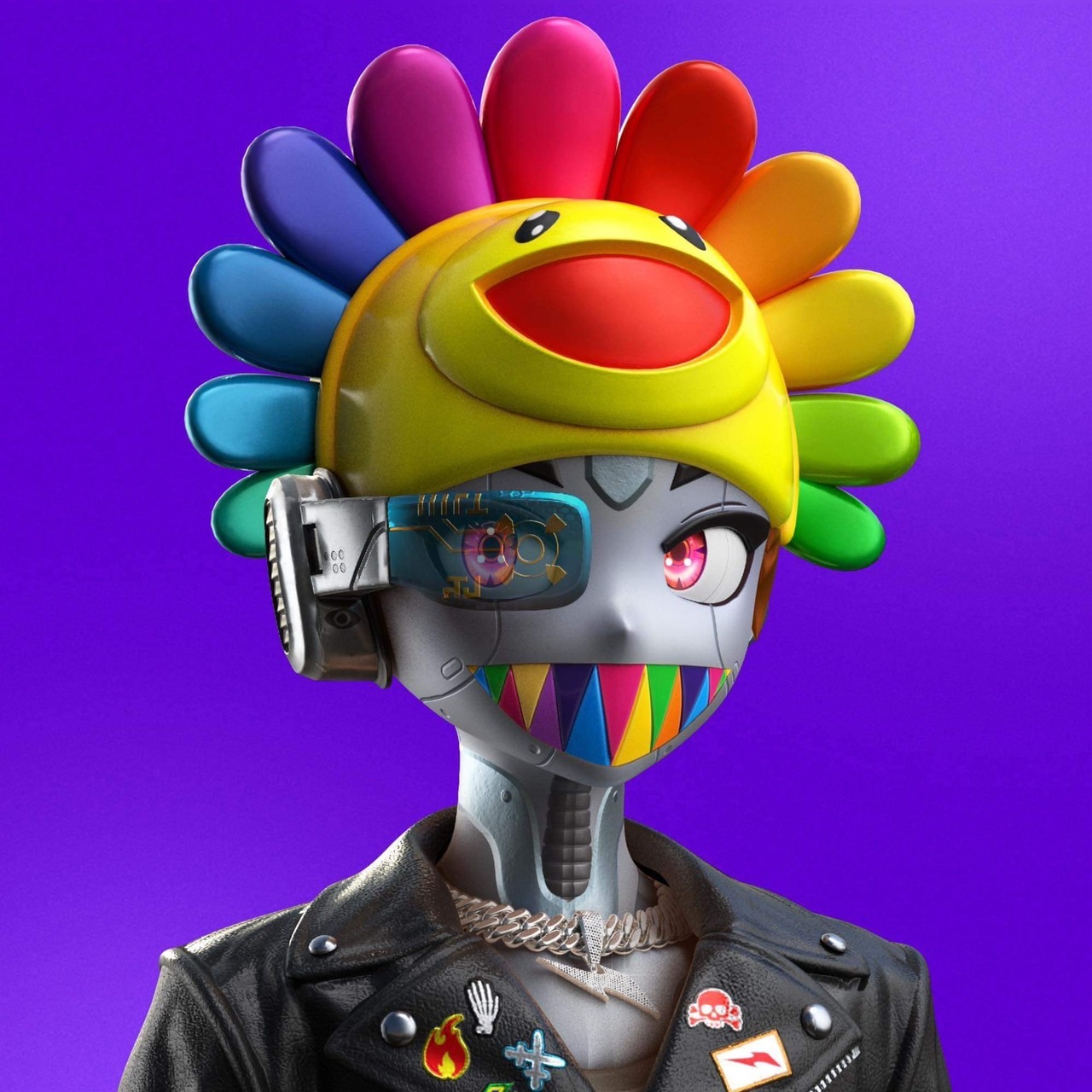 Pochang is the lead singer of Taiwanese band Echo. Born and raised in Taipei, he is also the founder and former director of iNDIEVOX, an online DRM Free MP3 store. Pochang is currently a partner of KKFARM, company under KKBOX corp., and founder of OurSong. He founded OxO in 2022, becoming the first band in the metaverse. Pochang hopes to create more resources in the metaverse in the future for artists to maximize their income in Web3. 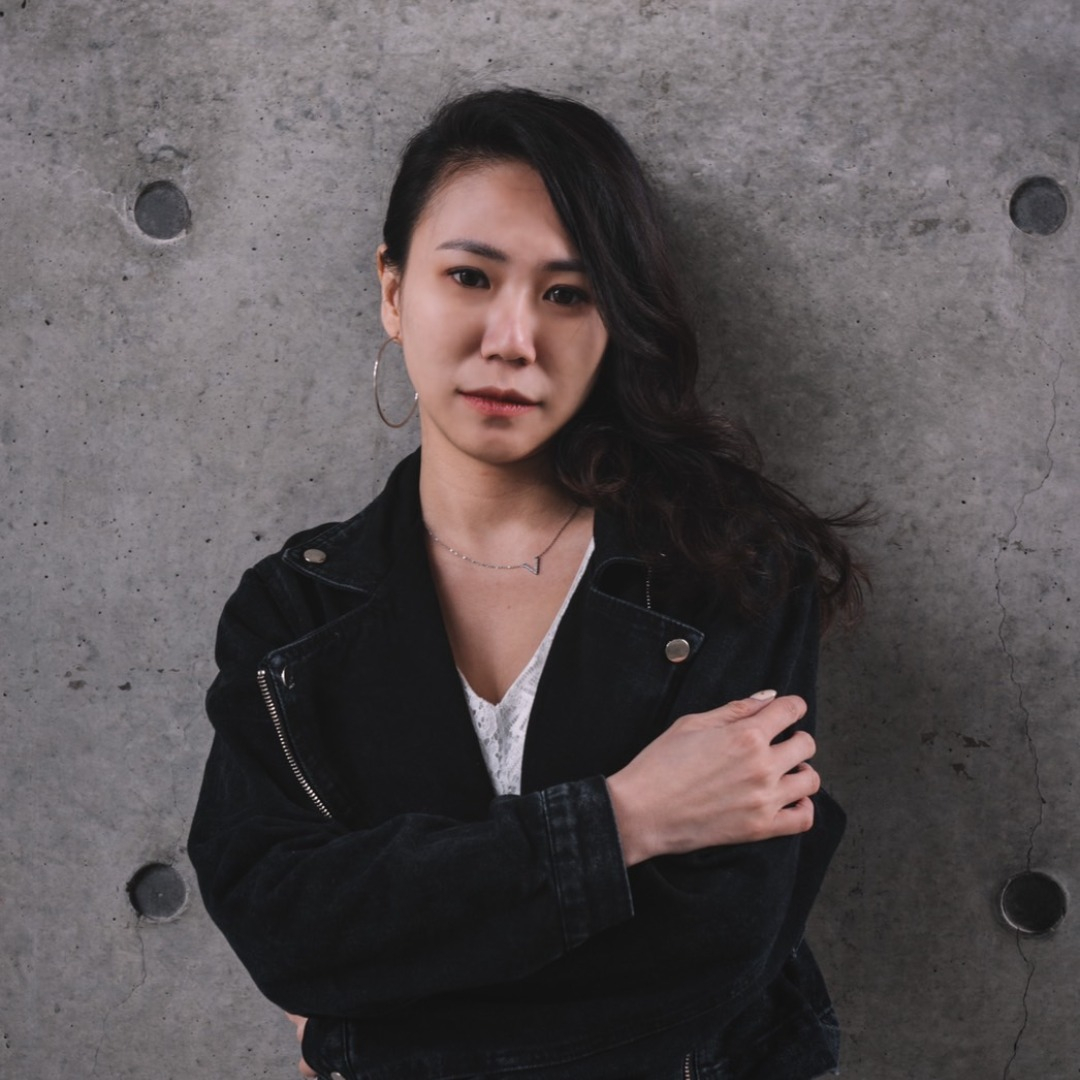 Meg Kwong is the data manager of OneOffs and observes the market trend. She combines creativity with needs of the market and attracts consumers through her unique market insight. Through her work she hopes to convey the message that data management is more than just numbers on a screen. It can be humanized. 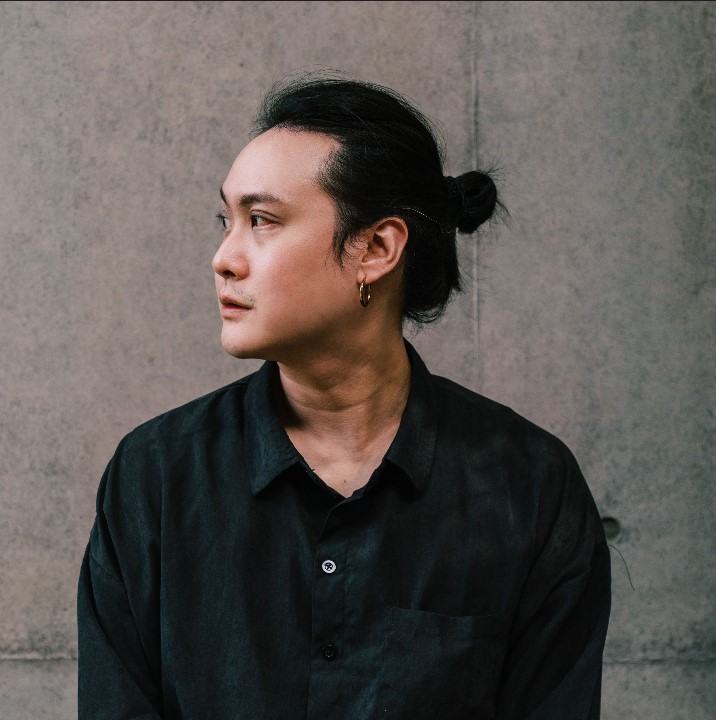 Rex Lu is an art creator and philosopher. He is in charge of concept analysis and business strategy. Through finding the balance between aesthetics and practicality, Rex aims to promote the value of cyber physical artworks. 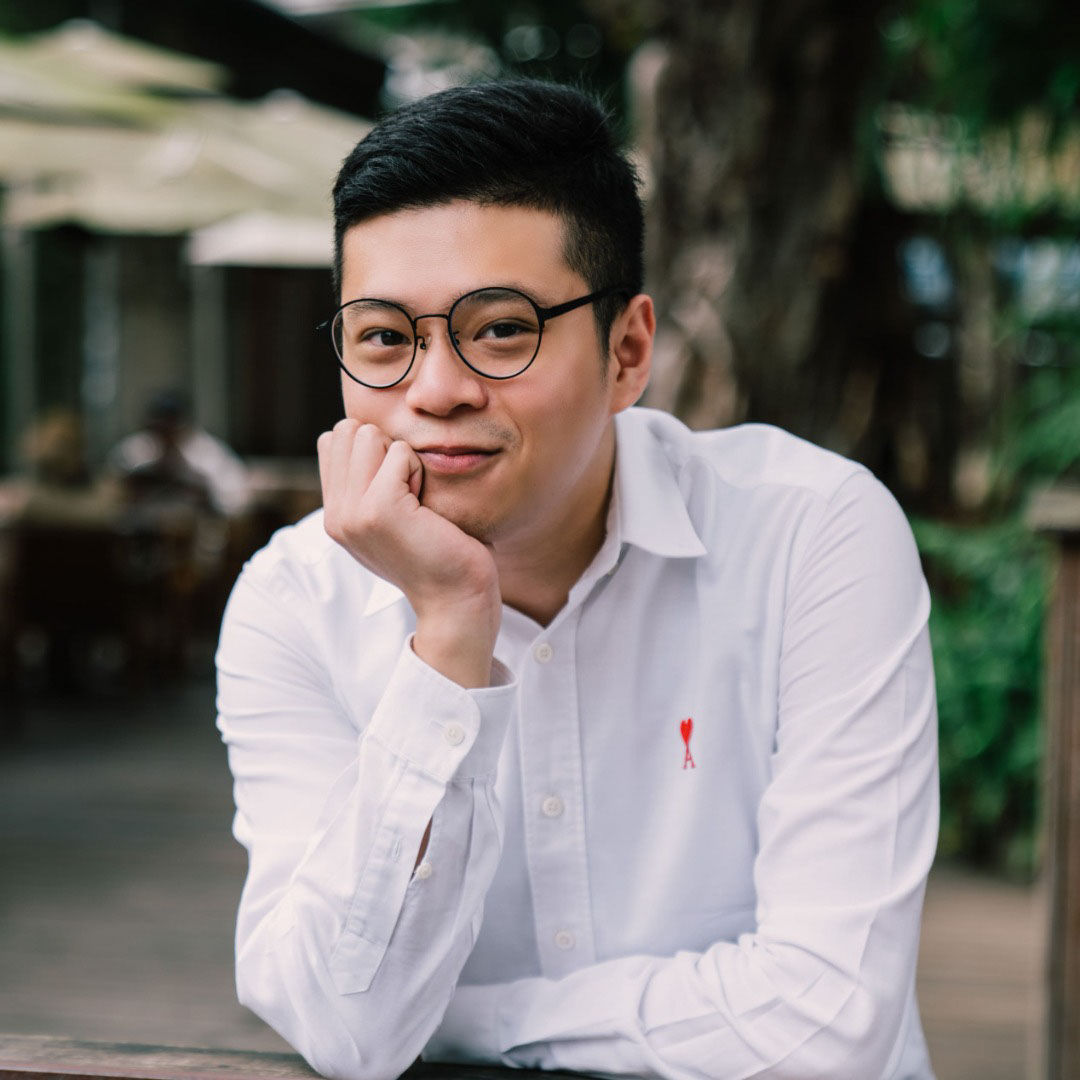 Jasper is a person who is obsessed with art and fashion. Through his passions, he has built a unique lifestyle for himself. He is a strong advocate for the NFT market, believing that contemporary life extends into the virtual world. There is a possibility of creating a second life in the Metaverse through NFTs! 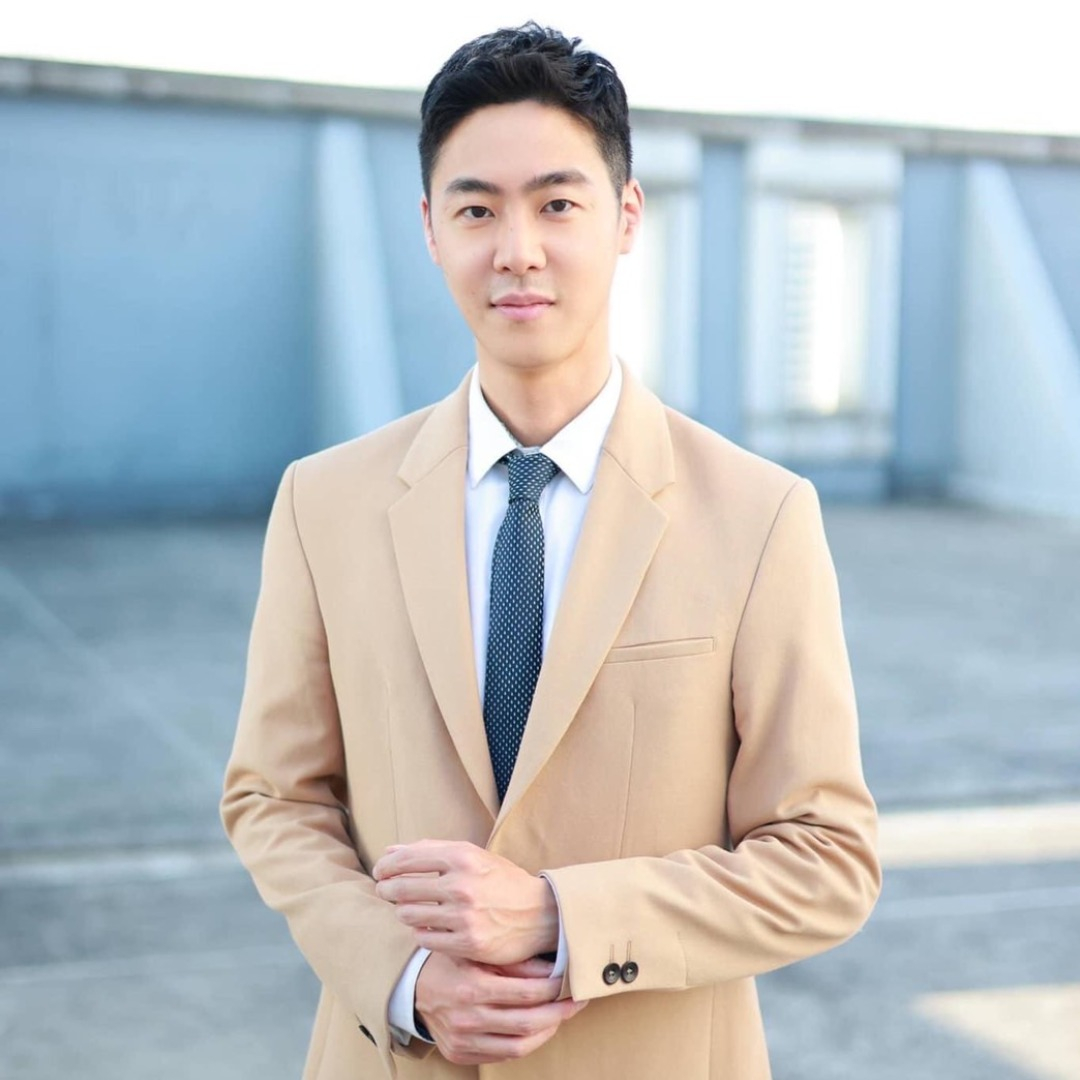 James Toung has been in the media industry for decades, and has witnessed the rise of self media. As self media has quickly become a game changer and risen in popularity, surpassing that of traditional media, James believes that Web 3.0, much like self media in its initial inception, is a force to be reckoned with. The blockchain will connect individuals from all walks of life. 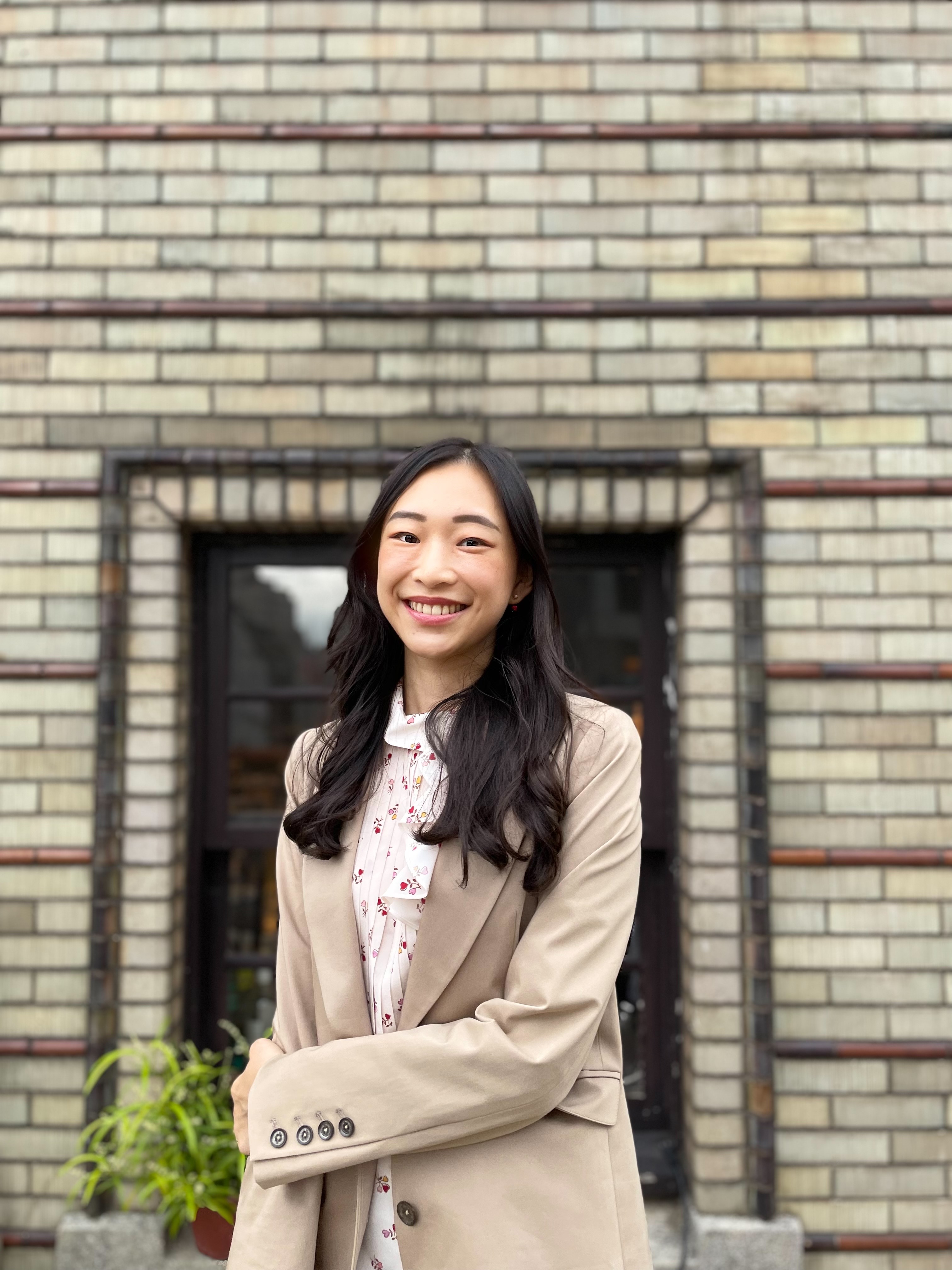 Ann is a seamstress of words and is in charge of translating and creative copywriting work in English for OneOffs. Aside from her work here, she is also a freelance translator and emcee. Ann has translated for television companies, barista competitions and hosted various public events and press conferences. 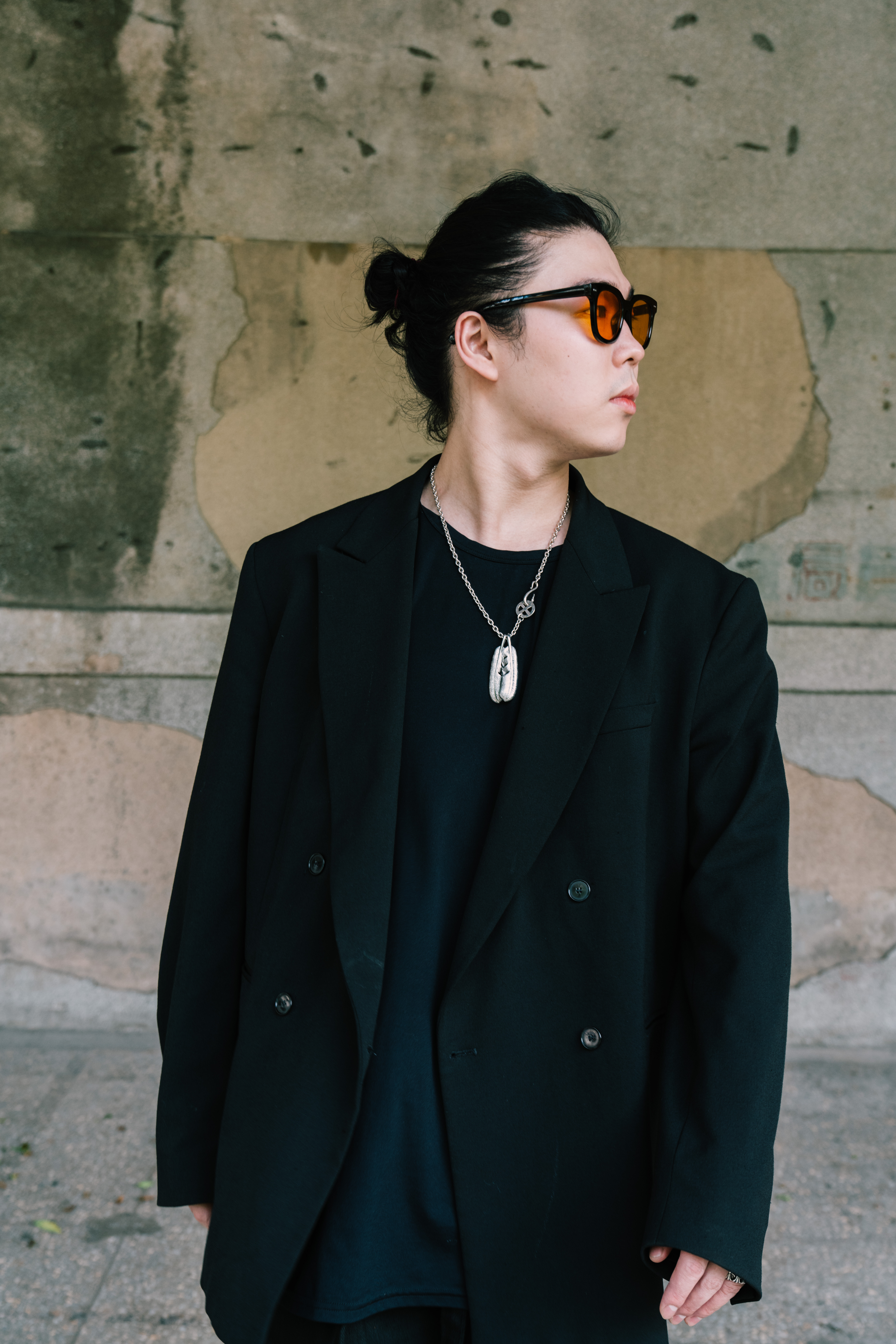 Eddie is the producer at OneOffs. His journey of self discovery often comes from his creations and production work. 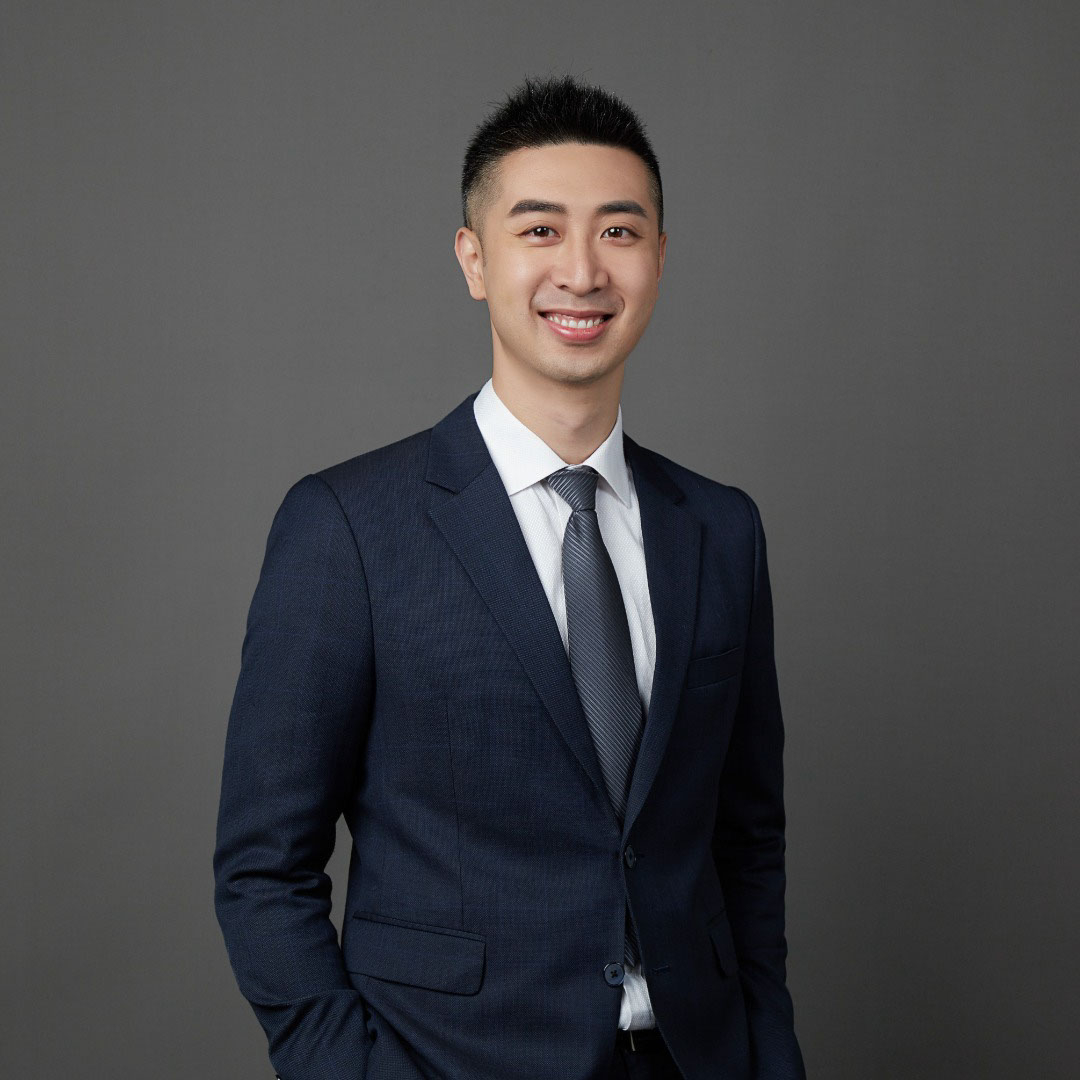 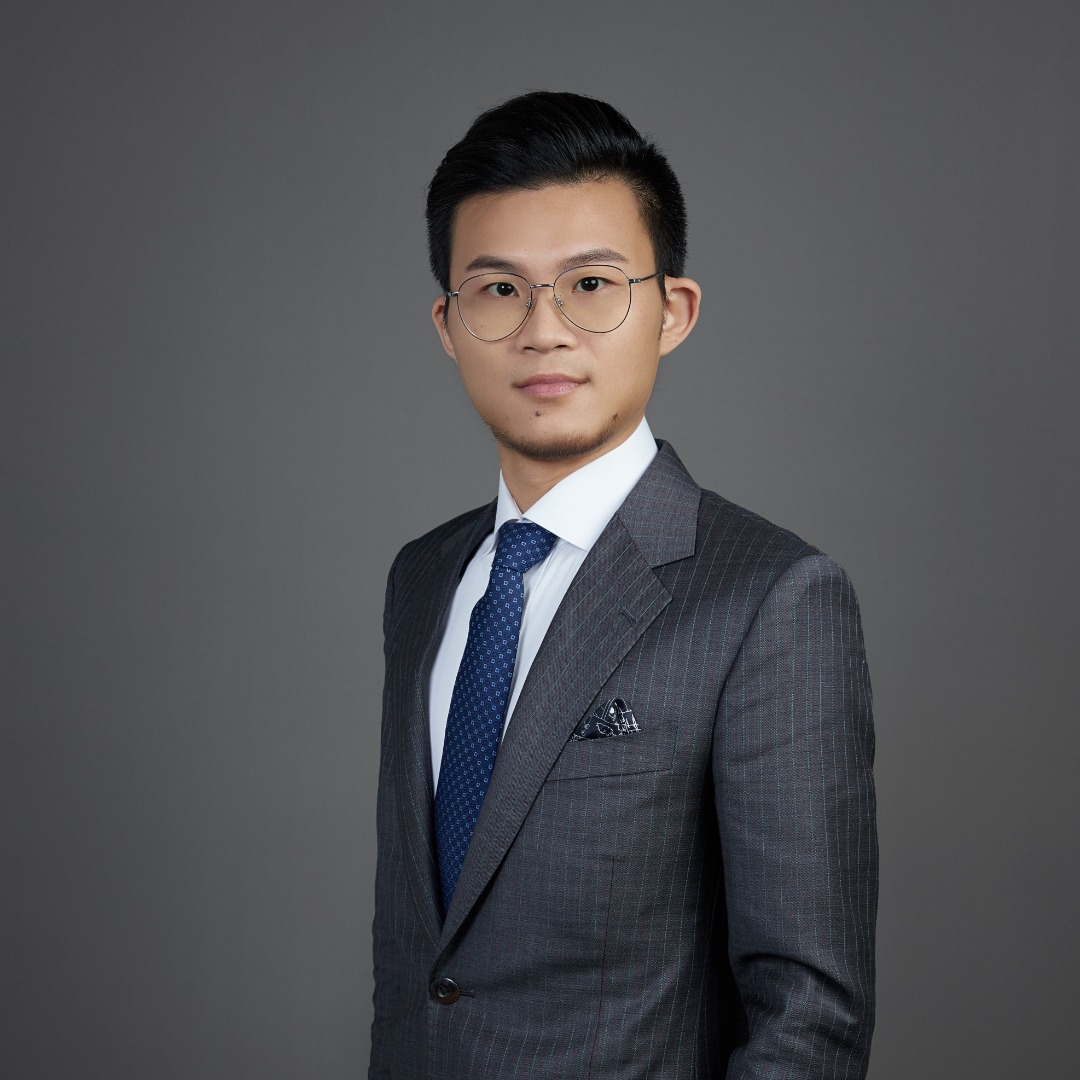 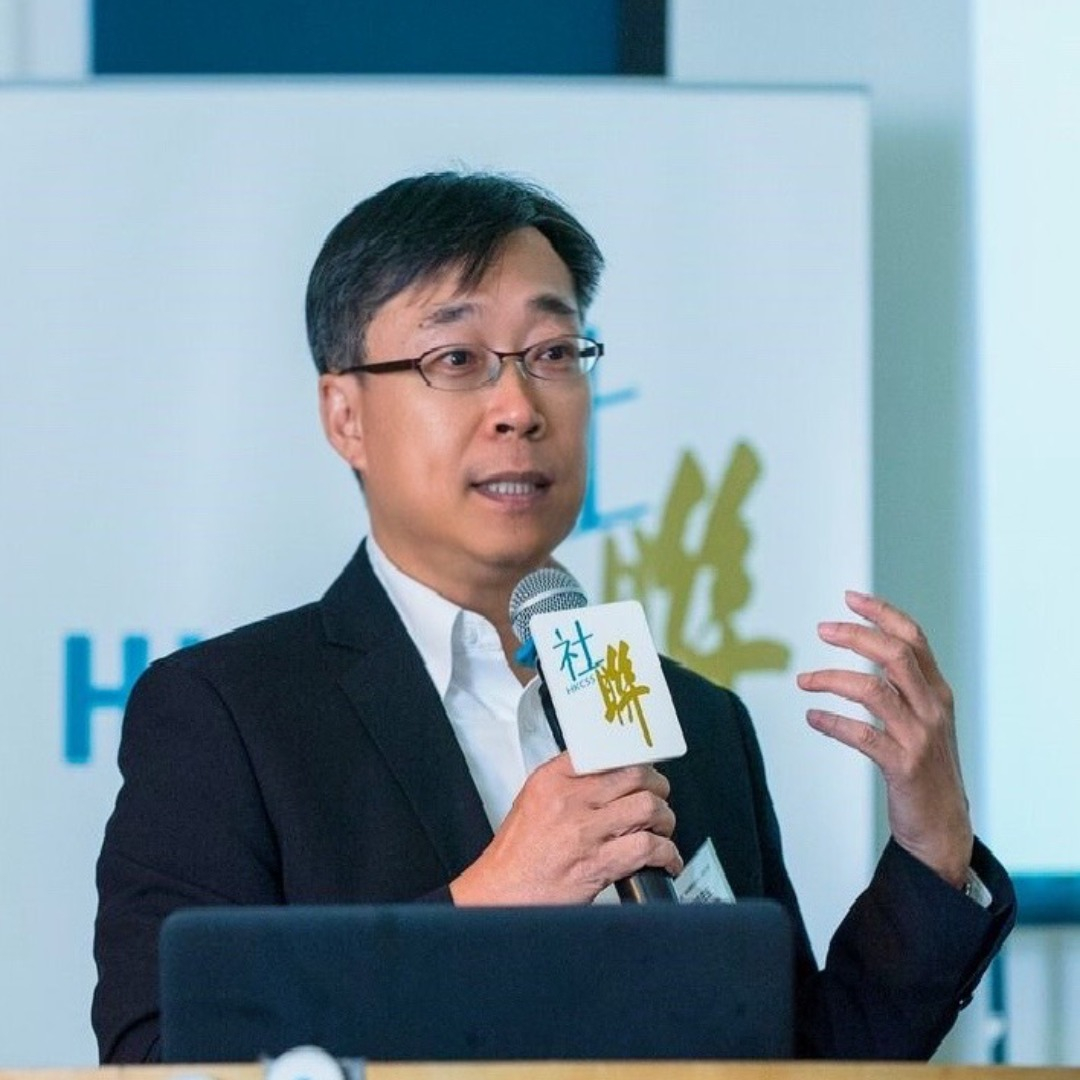 Patrick has 30 years experience in Public Policy Management & NGOs in Hong Kong with a certification for Management for NGO Managers from Drucker Academy. He holds an MA in Law from Renmin University of China, and an MA in Public Policy & Management from City University of Hong Kong. Patrick participated in the “No More Drugs” Smartphone Apps as an Assisted Tool for Drug Treatment and has won Best Digital Inclusion Gold Award and Best Digital Inclusion Grand Award at Hong Kong ICT Awards 2014, as well as the Gold Stevie Award at PR Campaign of the Year in Asia-Public Service 2014 International Business Award for promoting the digitization of drug counseling.
This site uses cookies to improve your experience. By clicking, you agree to our Privacy Policy.